The Outer Rim's farthest reaches are full of rumor and paranoia, sometimes these ghost stories are the far fetched tales of settlers living hard lives of little comfort on the edges or society. Sometimes however, the tales of old shanty town drunkards prove to be more terrifying fact than fiction...

The stories always begin in the waning days of the Rim Wars, between the colonies and the great alien empires on the galactic frontier. A colony called Etaris Summit, was lost to unknown forces.  When PGCC security details descended to the planet, they too were mysteriously lost.   The corporation, not wanting whatever entities resided planet-side to spread; Proceeded to bombarded the planet from orbit for two days. leaving the colony a shattered expanse of ash and brown mud.

Thinking Etaris Summit to be erased, the planet was withdrawn from official maps,  and the Rim went on, leaving the colony a distant memory.  Until a few years ago.

A nomadic merchant fleet, passing by the lost colony, picked up a looping transmission, garbled and broken.  They went to investigate.

The lone vessel that limped back to "civilized space" told of a cadre of madmen, calling themselves "The Servants of Pruflas" who appeared to wear heavily modified corporate and alien equipment soaked in blood and oil. 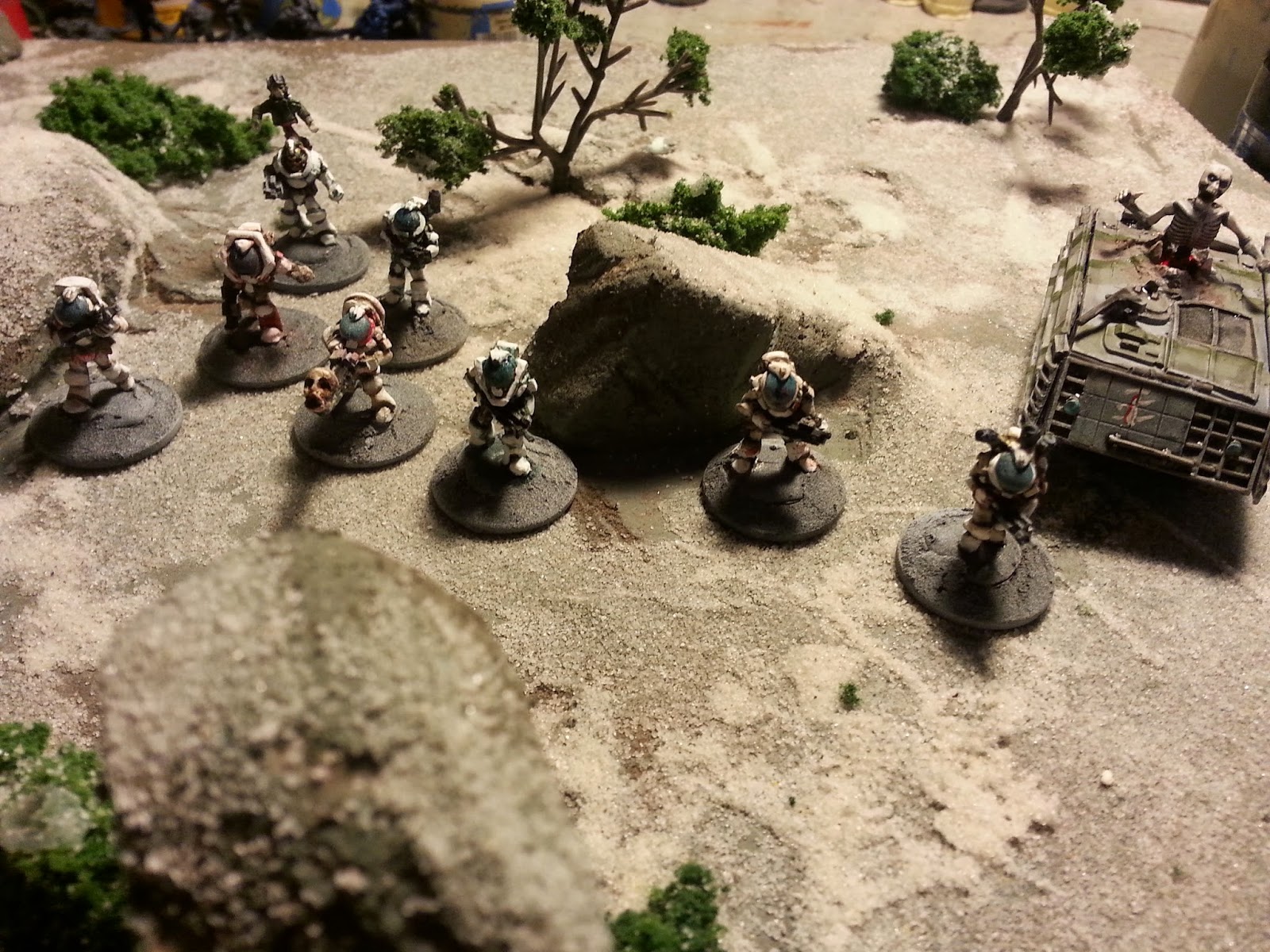 When the PGCC Security Teams first moved to secure Etaris Summit, they found the colony a wreck,  its population laying dead in the streets,  but little evidence other than a thin greyish green mist hanging low to the ground, as to alien involvement. 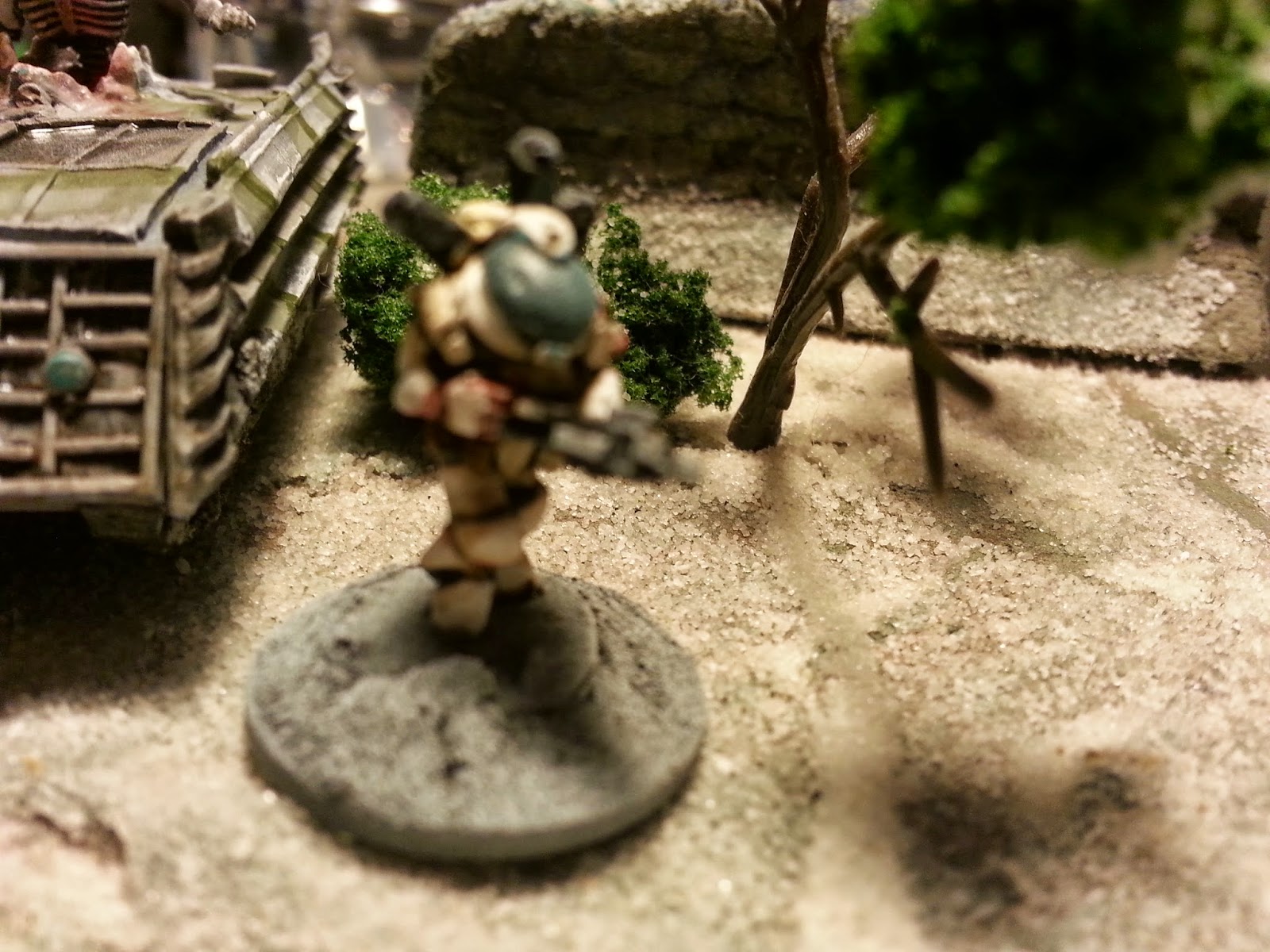 As the teams crept along through the obliterated colony, operators began to complain about severe cluster headaches,  and strange noises coming from within their helmets. As the mist of spores stealthily filtered into the Security Teams's lungs, the men began to go mad,  turning on one another.  The confusion and madness was so sudden the orbiting investigation fleet cut their losses and glassed their planet. 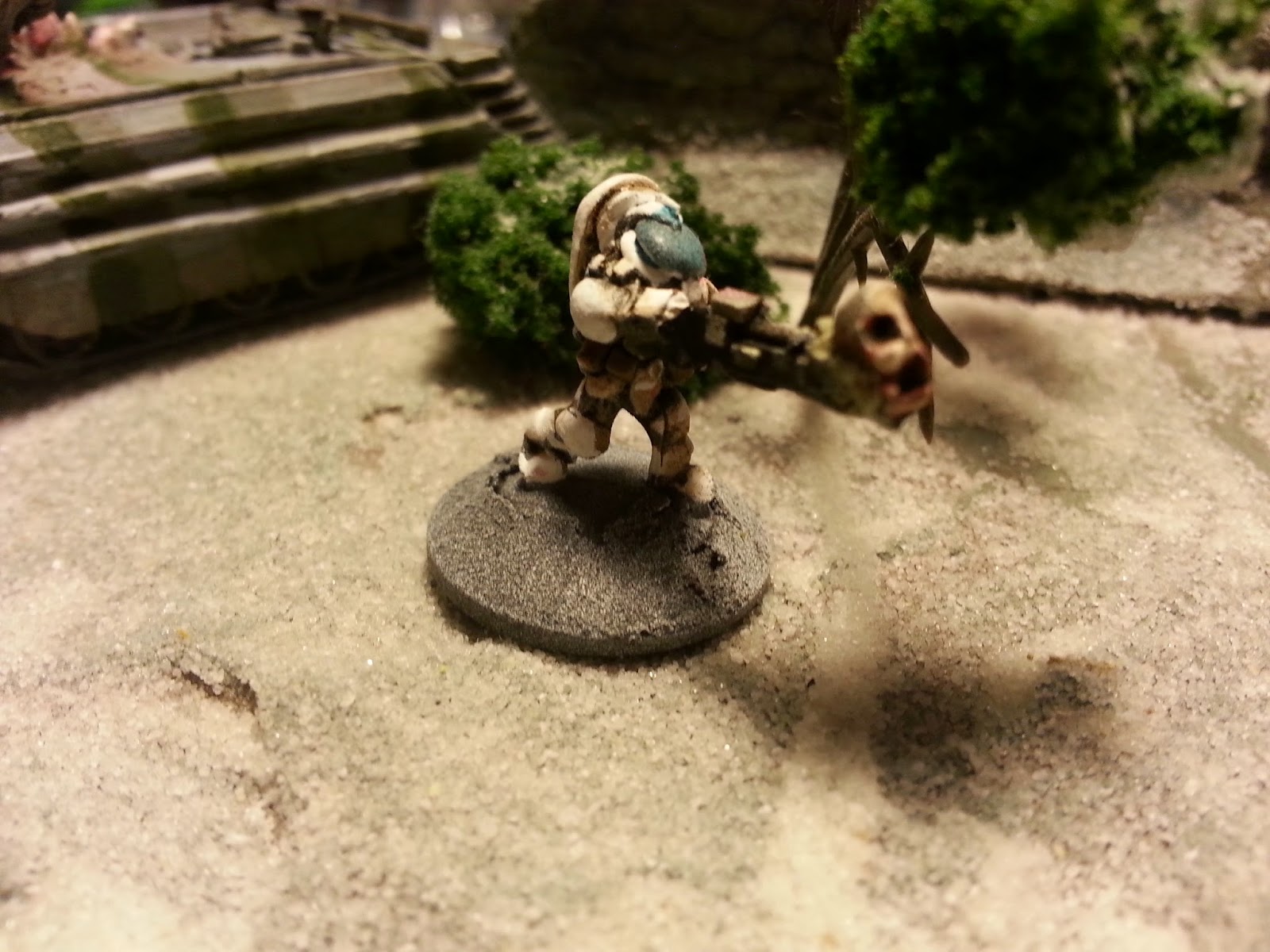 The fires of orbital bombardment incinerated much of the alien spores, but some still clung to warehouse cellars, and caverns, or in the bodies of the hundred or so Security Personnel that survived the firestorm.  Convinced now that they had awoken anew in the scorched wastes of Hell itself. 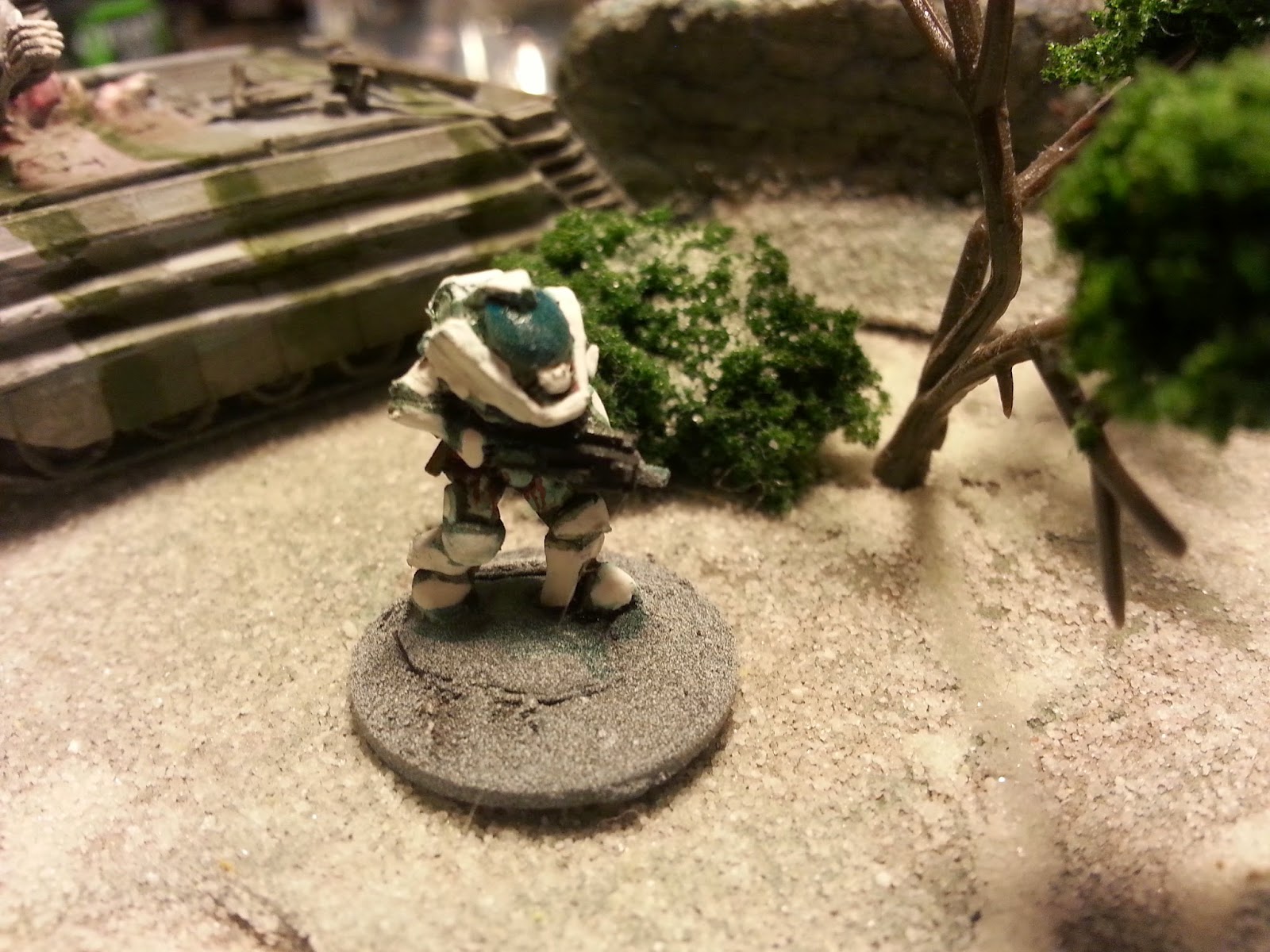 Their minds influenced by an alien bio weapon,  the survivors began to worship Pruflas, a Duke of Satan's army and a Prince of Hell according to demonology.  To them, they were angels, cast down from civilization to live in ash and death, in their spore addled brains they were daemons now. 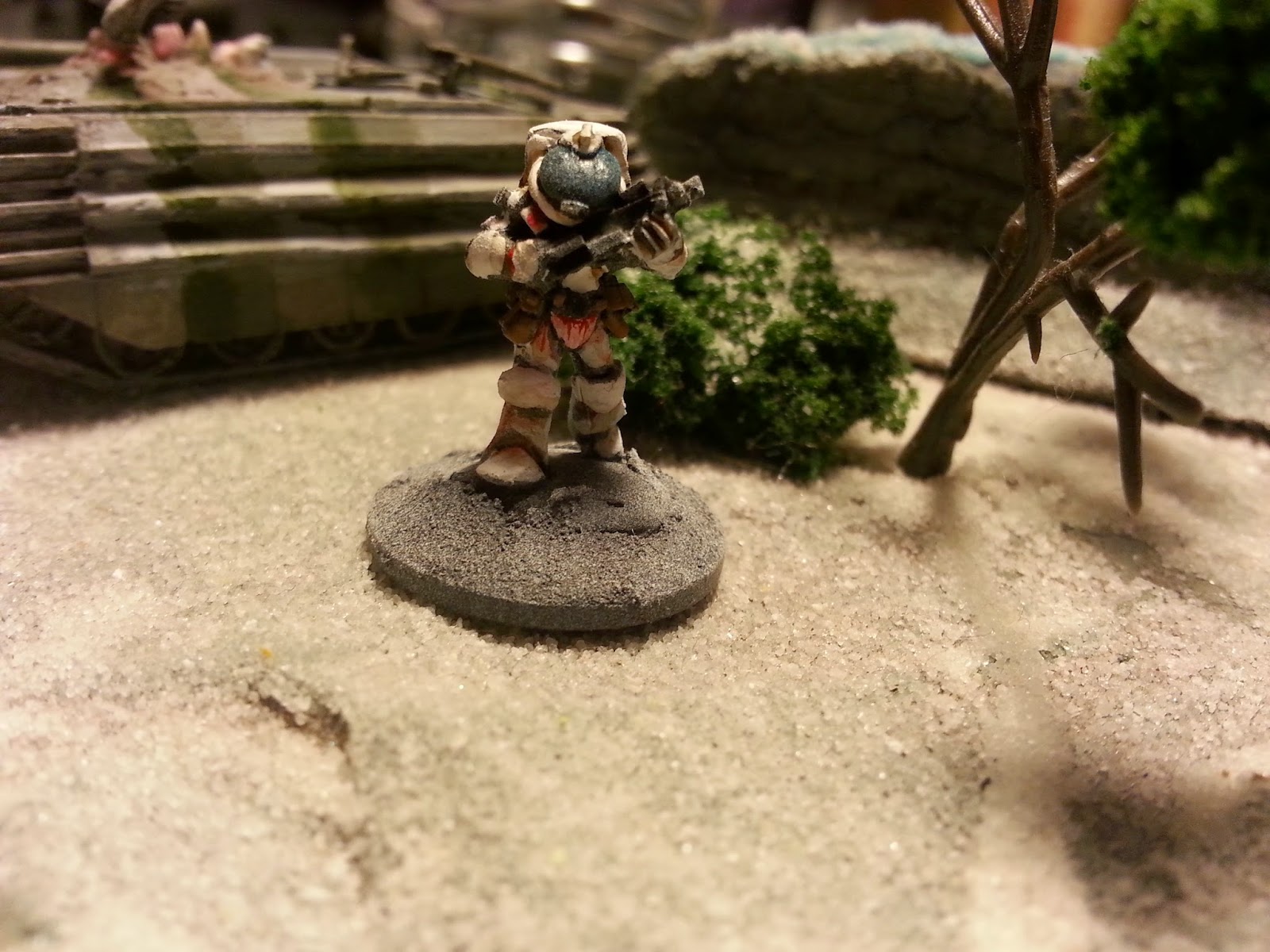 In the years that followed the various tribes of survivors fought for nutrient recyc paste and clean water.  Until the merchant fleet arrived.  It had been decades since their last contact with civilization.  In their insanity their fell upon the merchants' dropship. Many of the merchants were sacrificed to Pruflas ,and Lucifer. Some however, pledged servitude to their attackers. 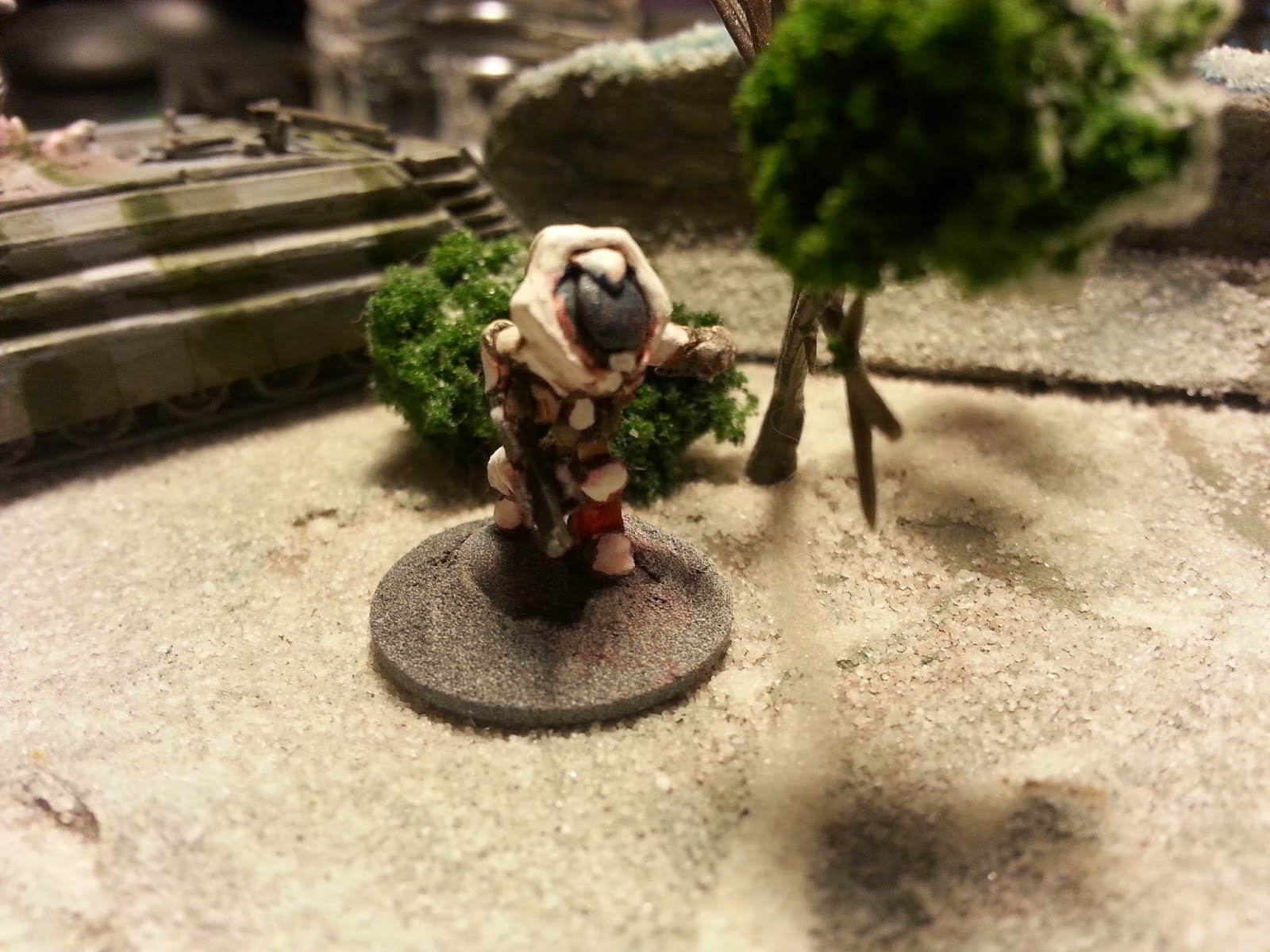 In the wake of the massacre, the merchant ships began to reappear across the Rim. Packed within were hundreds of spore infected cultists, primed to slaughter or convert every colony that misguidedly allows them entry. 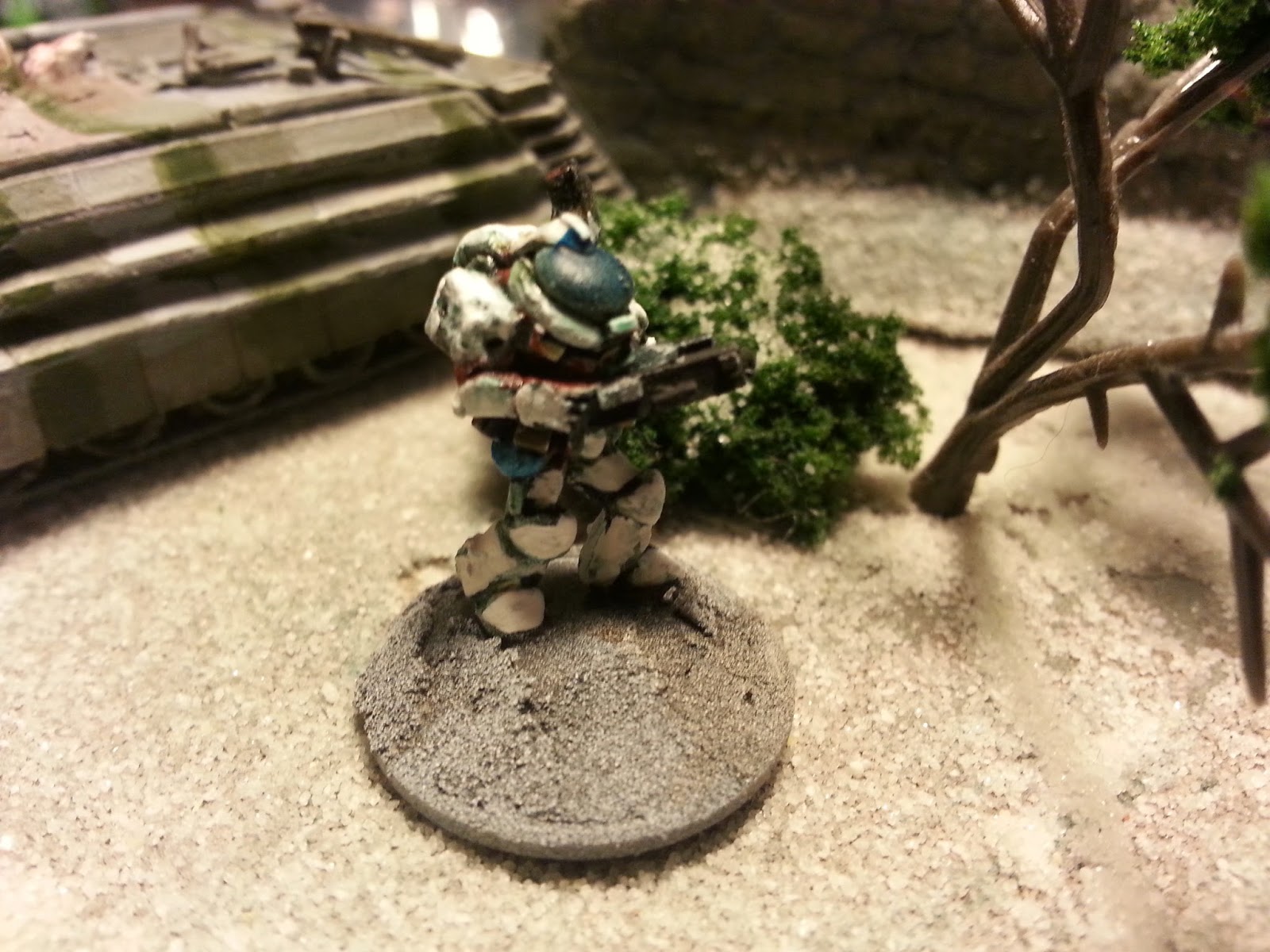 A fear of travelling merchant flotillas has spread across the fringe of Rim space, causing economic recession, and further isolating Human worlds from one another. Some believe this tale is real, others would suggest its a far fetched explanation of economic downturn that has been occurring in fringe space for years.

Posted by Impcommander at 9:07 AM No comments: