Being the negative influence that I am, i was able to talk my buddy Chris into building and painting 40k stuff in 15mm.   The intention of this will be to represent what we consider "realistic" engagements in the setting.  So long range tank fights and a variety of more true to form operations.   I've got an idea for a battlefield that I think might be enjoyable in the Segmentum Tempestus.

I've taken the bull by the horns this go around, in that i've taken up the challenge of making space marines.  While the mini's i plan on using for the Full-Brothers and Heros are in the mail. I've made a few scouts and a few chaos elements.  But for right now the only guy i've got painted his this one scout. 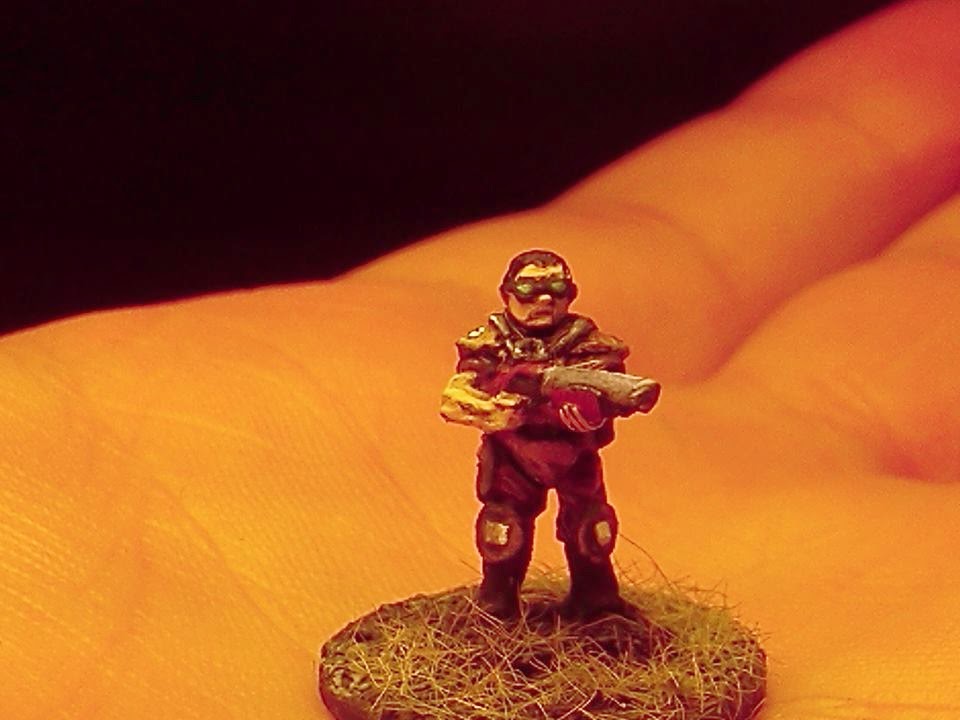 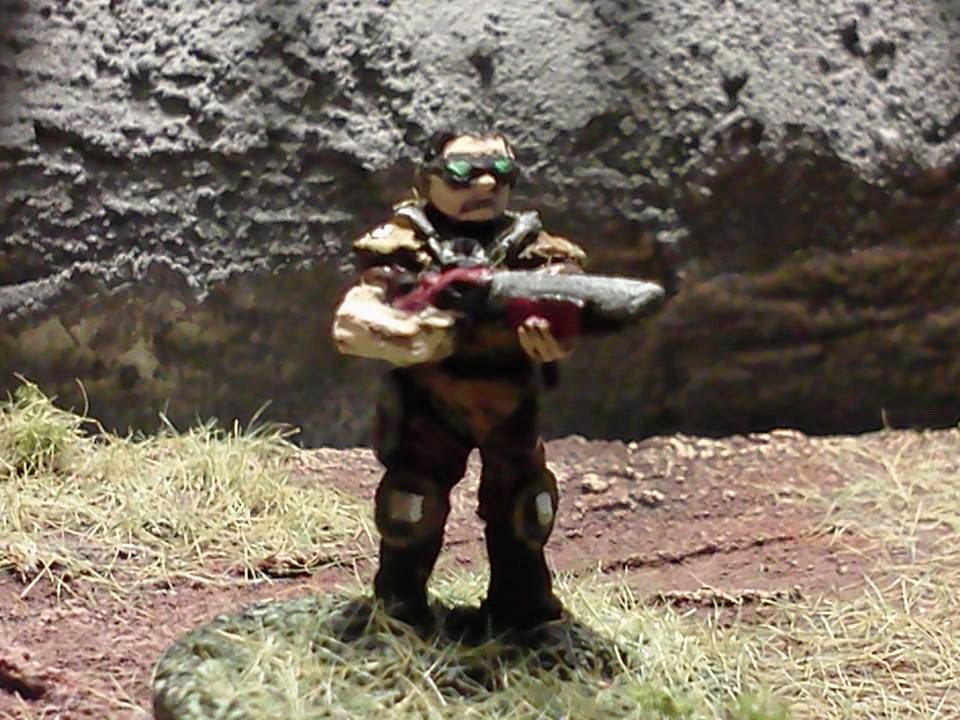 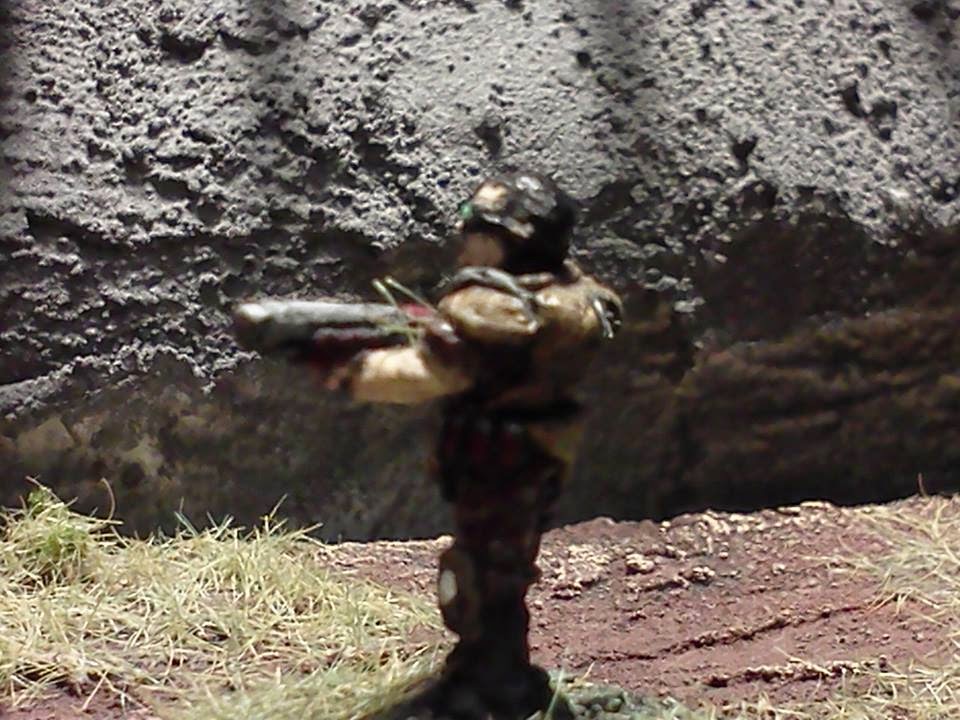 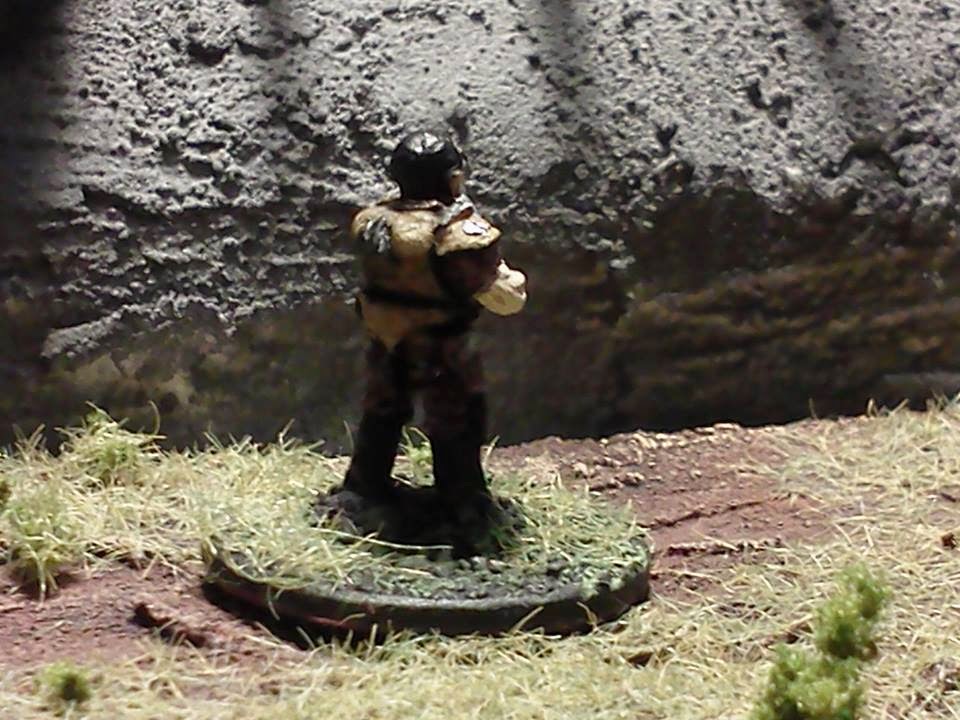 If you'd like to see Chris' ventures in this check them out ...   Here

and also check out Pawn Cocktail for some neat Astra Tempestus Scions.

Thats all for right now.

-Your Favorite Madman
Posted by Impcommander at 12:45 PM 2 comments:

The Story of Westarc (Part 4)

Debate raged over the merits of Planet 68 as ground teams scoured the LZ for any evidence of what had occurred in the night. No bodies had been discovered, but there was an abundance of blood, ash and bullet holes.  It was a patrol searching on the farthest limits of the facility at the edge of the ruins that discovered a broken wayteam drone, carrying a rather curious data-parcel.

Though it was garbled and difficult to understand a message spelled out an unexplained exodus from LZ Humanitie. 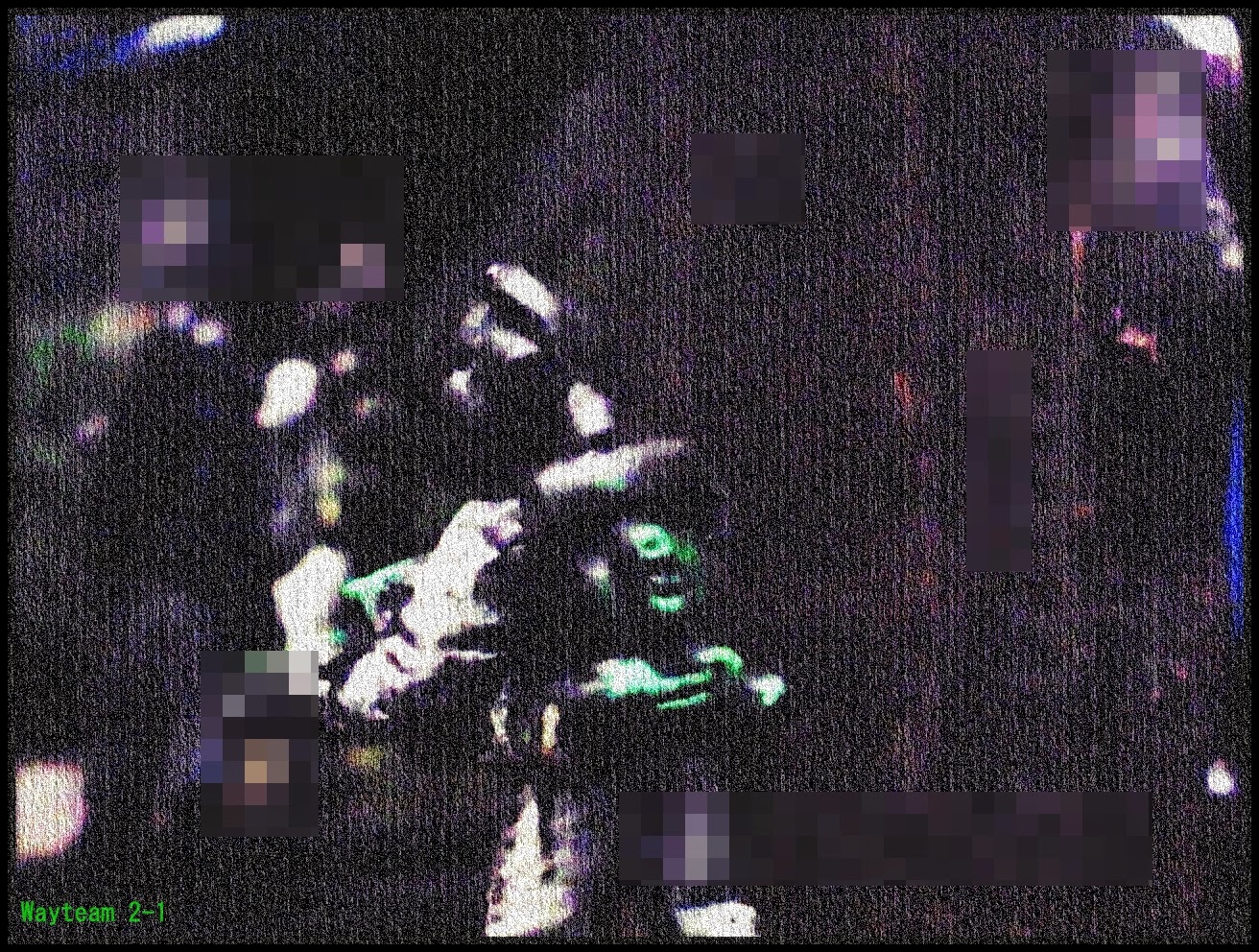 And a fierce firefight against contact referred to simply as "inconnu" or unknown.  A positioning blip link to a Wayteam helmet transponder ended the message. 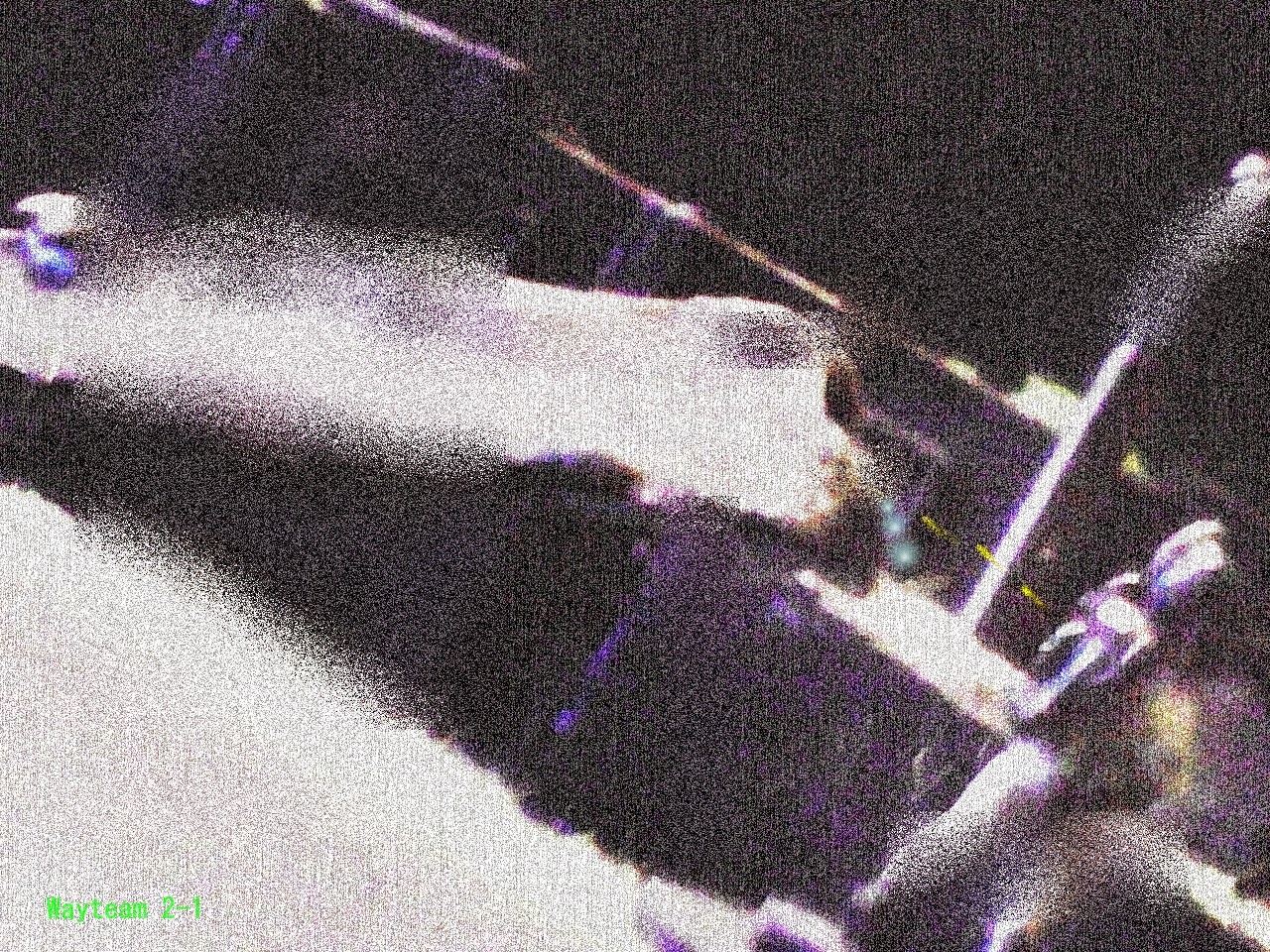 Acting quickly on this new information Westarc Ground Command took control of the situation, immediately sending two mechanized units to the ground.  Named "Gothic" and "Typhoon"  these units would converge on the Wayteam with a war footing. Utilizing a small convoy of FSV34's team "Gothic" was to navigate the winding city streets and break through to the survivors, while "Typhoon"  with a medium range Gravitic mortar, would establish a temporary field outpost and triage station to the north of the transponder signal. 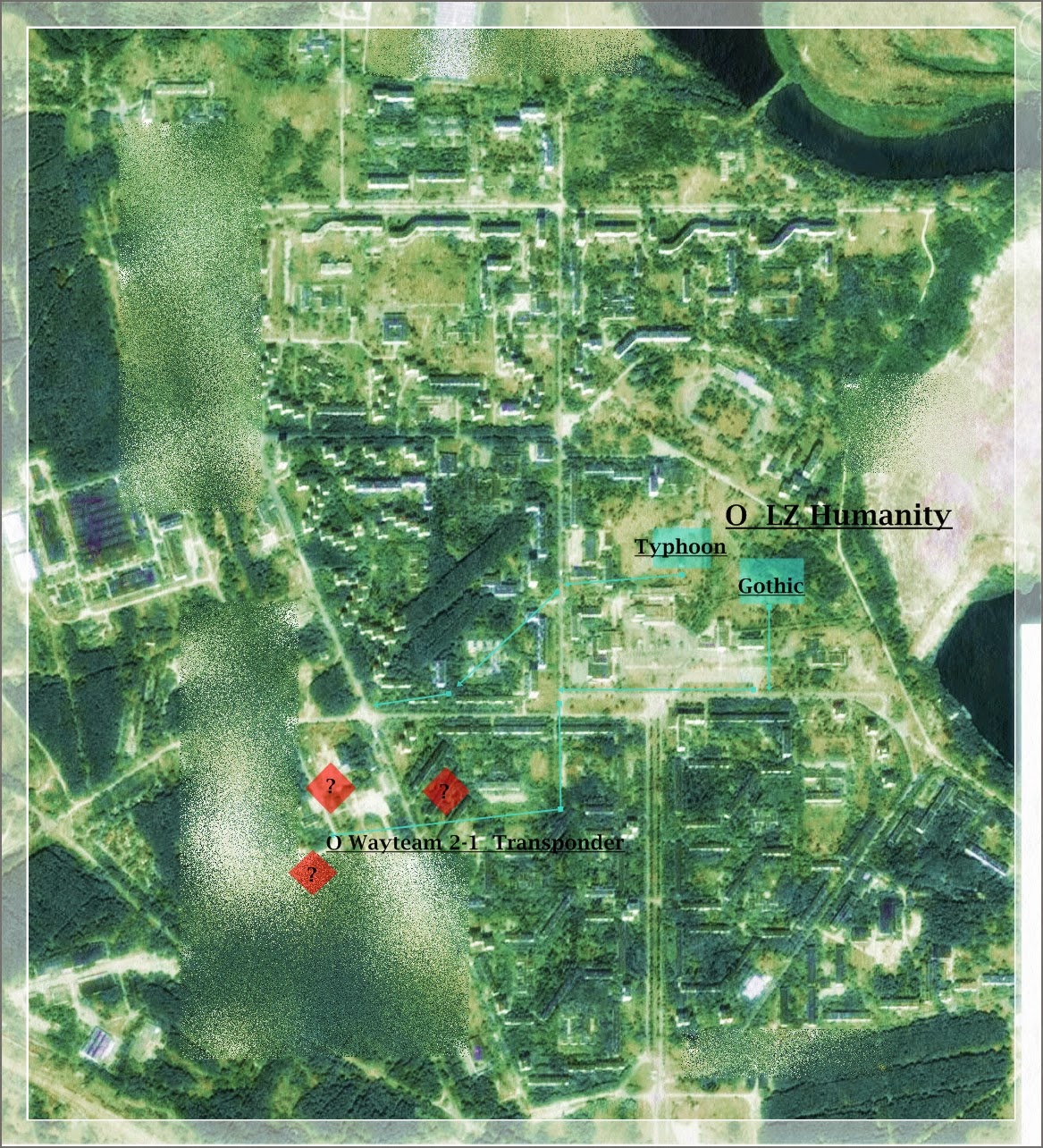 The units deployed quickly at the LZ, which would be held by the initial SAR units in the event the teams would need to fall back. 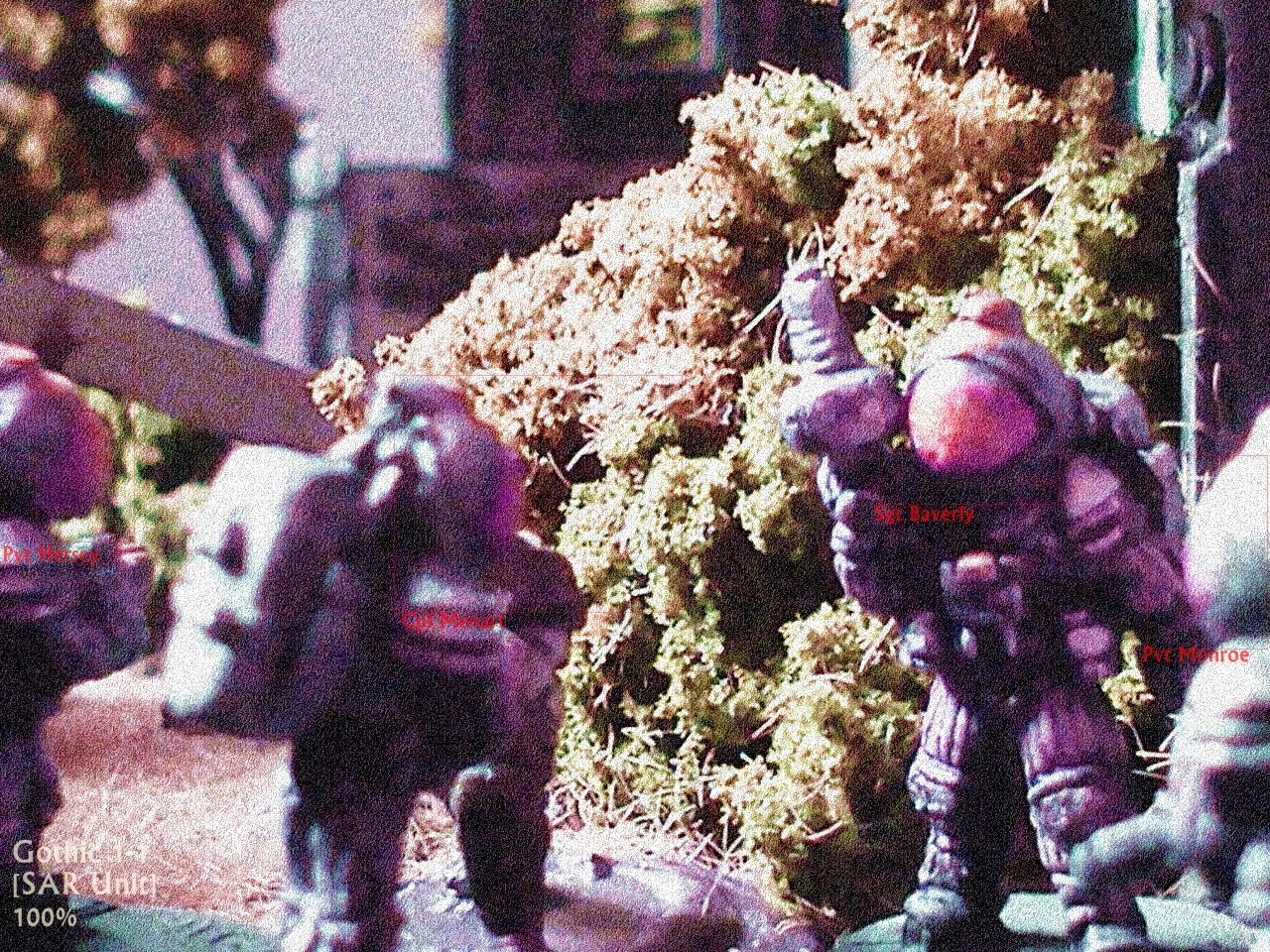 At 10:30 am, only twenty minutes after the discovery of the drone, Gothic and Typhoon set out on Operation: Inconnu 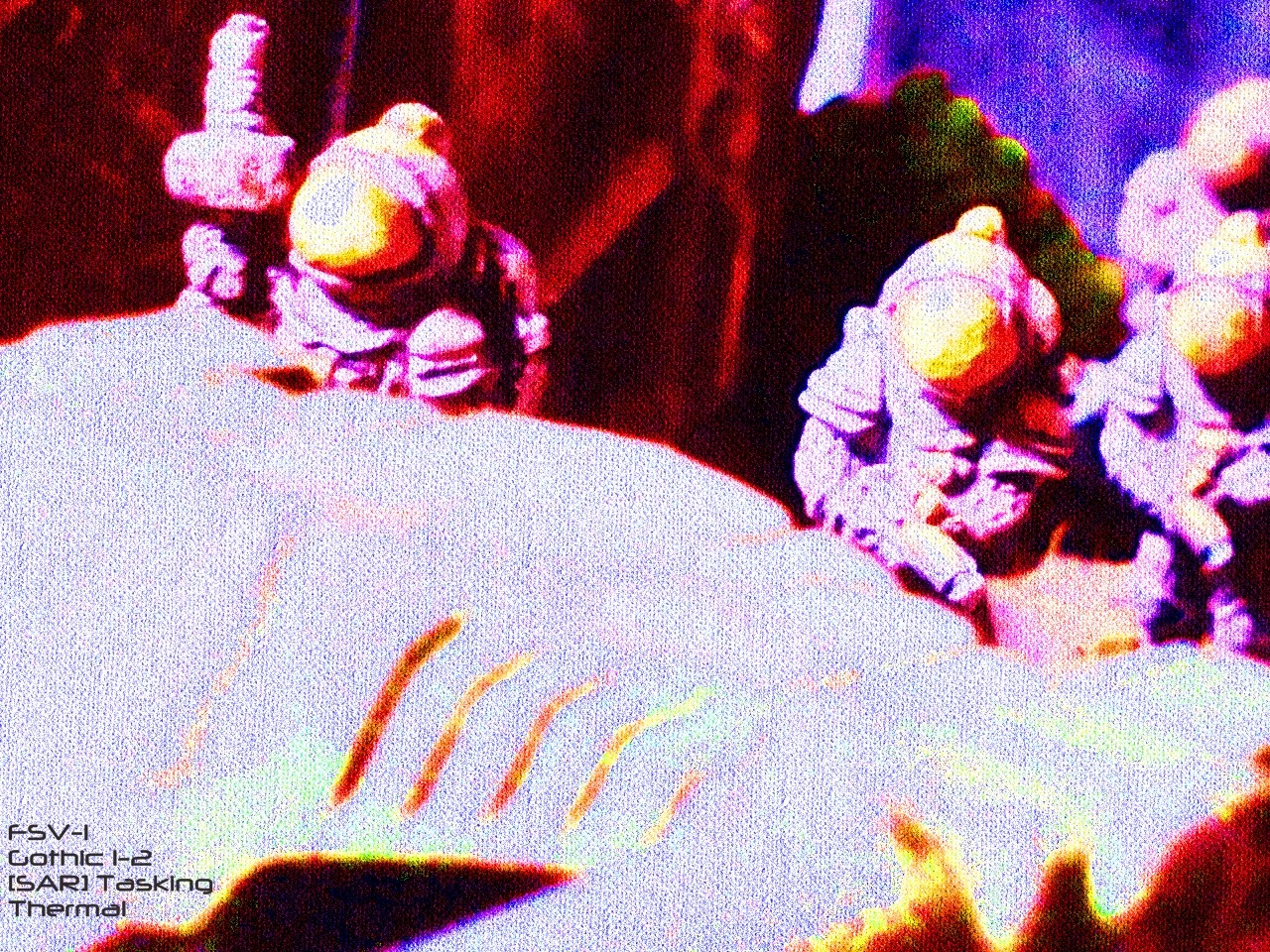 Though it was not known then,  the next few hours would decide the fate of the entire Arc, and lead to a conflict that might save the residue of mankind or lead us into damnation.