Campaign in the Border Princes!

After that recent lack of me updating the blog here. I've decided to update you all with my goings on.

I've been talking with a group of local gamers, most of whom you'll know or recognize as regulars that i play against quite a bit. This time we are all dusting off our respective Warhammer Fantasy collections and heading down to the Border Princes, in a campaign of my own design, the rules packet of which i'll post a link to soon.   Here is my hand drawn map of the area however. 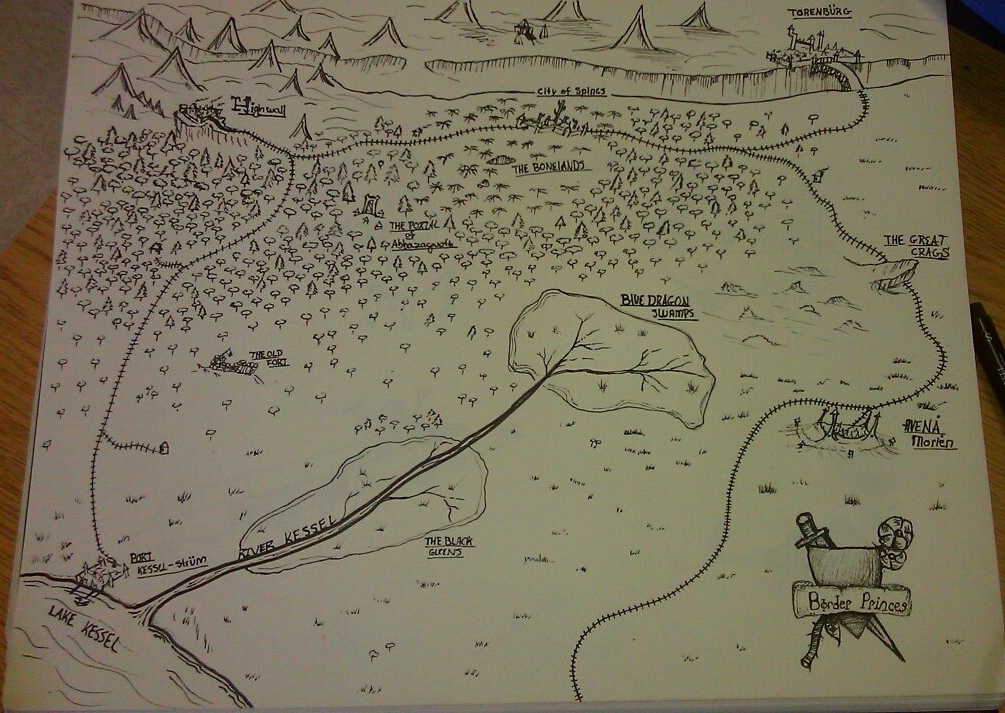 The general feel of the rules are that there are three distinct ways to earn victory points, blood, gold, and faith. each with their own missions and goals.  We wanted to keep the average battle points limit small, to encourage painting and modelling so you'll be seeing some very neat things like baggage trains and conversions.  An interesting and perhaps exciting note is that all players participating have a blog so you "may" have coverage of the war from all different angles.


We have Myself of course playing a Middenhiem/Kislivite force of Empire with the hardy Northmen as allies. 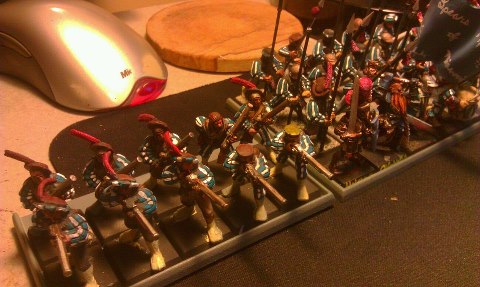 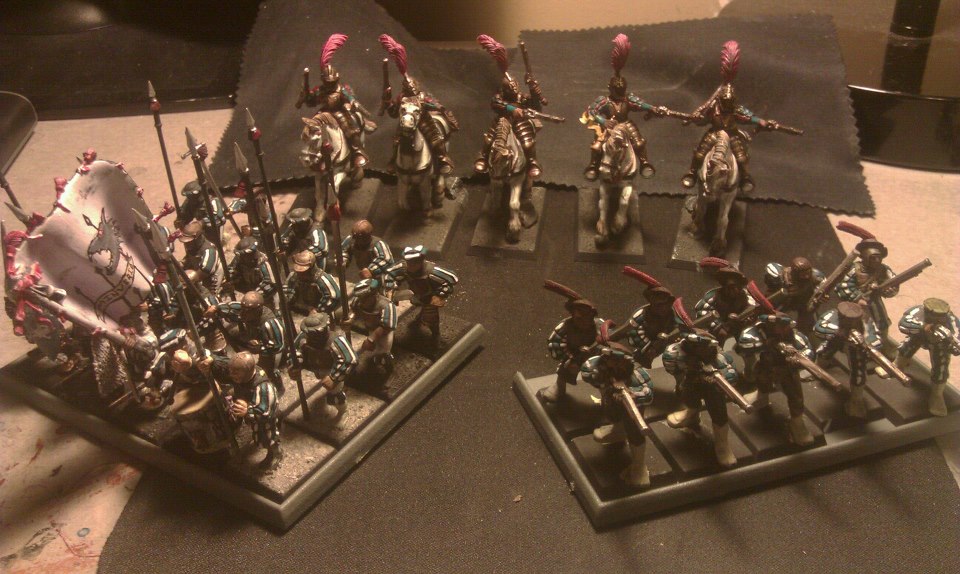 This is one of my Battle Groups named "Zeal" it is led by the fiery Priest of Ulric, Malg Olgthra.  It (like the rest of my state troops)  hails from the town of Minveria, which lies in the greater province of Middenhiem. But more on the whole of the armies background at a later time.

We also have Chris, from Sippin' on Paint Water  who is coming into play with a hideous army of Slanneshi Beastmen, no doubt eager to rape, pillage and eat orphans im sure...

Followed by Sonsoftaurus, from Sons of Taurus who is bringing an Undivided host of Warriors of Chaos

and finally we have Col.Killgore from My Little World of Dementia who is bringing in the ferocious and always hungry Ogre Kingdoms.

All in all a full house filled with all kinds of potential for bloodletting and gaming left and right. More on that, the Pilgrims fandex, and much much more next time !