Jornath [The Woodcutters Due 2] : A Night on the Farm 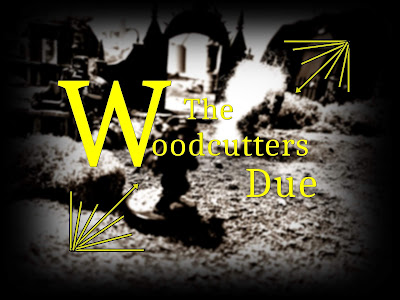 In the aftermath of the 56th Lumberman's Guildmusters' 2nd Companies failed raid on Fendricks Altelier they withdrew in good order a few kilometers south to the estate of Assex dans le bois, an agricultural complex with multiple residencies set amidst open pastures, which should be easy to hold if the Orks force a major action to try and catch the Regiment on the backfoot.  As 2nd Companies command worked with Regimental Headquarters on a new approach to advance to Breznasobor, the infantry dug in to spend a night on the farm.

This is the 2nd Scenario in a Solo Play Campaign, in the ongoing narrative setting of Jornath. These games were played with a live AAR in Facebook Messanger, the contents of that AAR are posted here for posterity.  In this scenario, things have been stepped up scale-wise, with a heroic Space Marine of the Mortifactors joining a full squad of 56th Guildmuster troopers in defending a farmhouse against waves of randomized Ork Boyz.


Overview:. The imperials have withdrawn in good order to a drawn out line southeast of the Atelier. The orks do not immediately follow, but it's only a matter of time before they realize the weaker position of the humans. Sure enough the Jornathii are awakened in the early morning hours by the sound of gunfire. Red flares and the flash of tracers pierce the darkness as the 56th realize that the Xenos are all around them. They must fight against the envelopement or be dead by morning 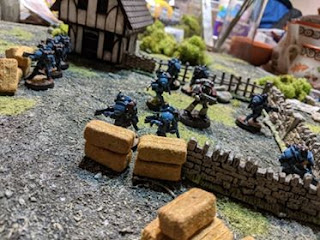 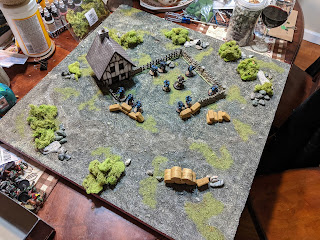 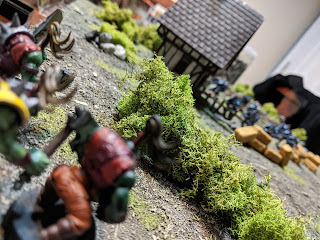 End turn 1: imperial troops deploy around the farmyard and hunker in behind the fences. The orks roll phenomenal for their deployment rolls and all of the aliens arrive at once and evenly dispersed across the table. Their opening shooting proves just as stellar as the first slugga shot fired, hits, dakka dakka dakkas, wounds and then slays a poor PDF trooper outright 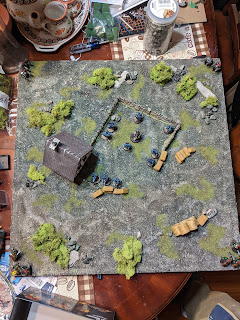 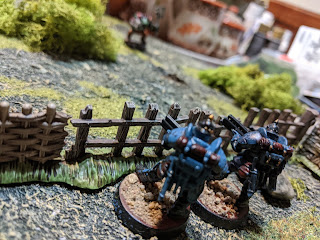 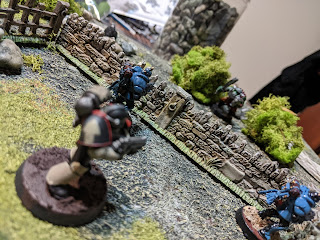 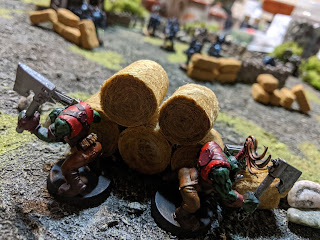 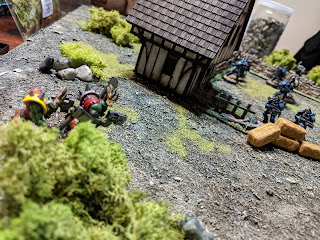 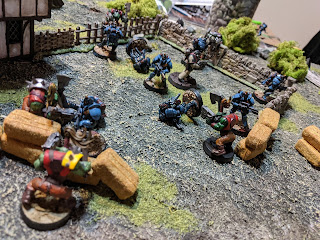 End Turn 2: The Imperial reprisal is fierce, putting down a torrent of bolt and Las, slaying 2 aliens, stunning one and knocking down one. The aliens close quickly getting into grips with speed, but unfortunately roll a truely baffling number of 1s and 2s to hit in combat (shameful), and succeed in stunning three guardsmen, but little else 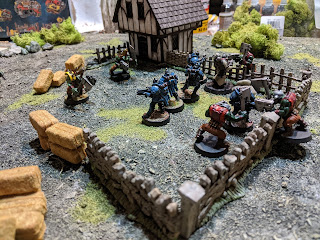 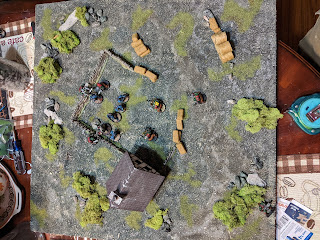 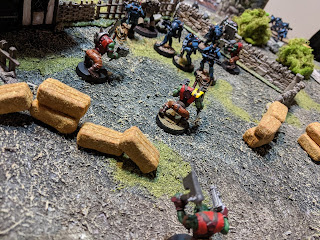 End of Turn 3: The Imperials desperately attempt to hold back the tide of aliens, slaying one more and counter charging those engaged in close combat to attempt to gain breathing room. The aliens storm in slaying 2, bringing up the death toll on the imperial side to a grisly 5 down 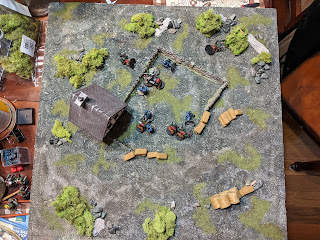 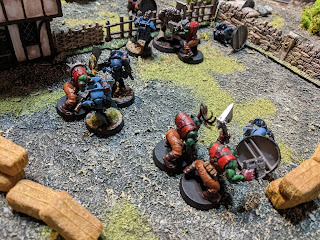 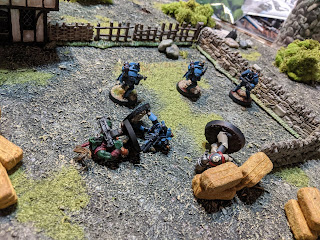 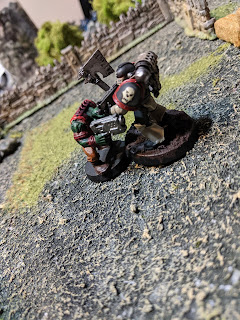 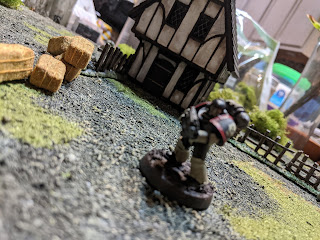 Turns 4-7: the brutal melee swings wildly back and forth. With the Imperials counter assaulting ferociously, and killing many of the orks, but the survivors descend upon the humans with vigor and slay all but Brother Klethos. Who duels the final beast standing in the blood soaked mire of the farmyard. Smashing a blood soaked gauntlet through the beasts skull just as the rising sun begins to signal dawns arrival.