Introduction:
Following the regrouping of Imperial Guard units after the failure of Operation Remits Maw, Tactica Command Jornath has struggled to construct a new strategy for combating the Orks.  While Dreadmare Companions,  Blood Angels, and White Scars along with Imperial Guard Special Forces, were able to save many units, and preserve a fighting force in the North, the Jornathi PDF commanders felt that their forces were being used improperly, questioning the efforts of both Supreme Armsmaster Vazinas and the Advisory Battalions from the Ultramar Defense Force, who in turn were being issued directives from the numerous prominent Astartes chapters.

While Imperial High Command struggled with internal power politics; The men and women on the ground in the northern reaches,  from Guffmans Platz to Usamiljin reported a sudden lull in Blood Axe raids on the defensive line, unfortunately the lapse went mostly unchecked, so it was a complete surprise to many in Tactica Command,  when an enormous Ork counter attack poured down from the mountains in the early morning hours to lay siege to Fort Behras (commonly referred to by its munitorum designation H-906) and the many Firebases within the Northern Defensive Line.

In order to hold the line,  forces are withdrawn from the Kula battlezone and shipped north, the veteran troopers proving vital in holding key positions. Of course, with the troop movements, the Orks within Kula, under the leadership of the brutal Deffaxez warband sensed their chance to breakout from the Rokk Crash Site.   In an unexpected turn of fate, the Orks launch a massive flotilla of scrap barges towards Nizajan Island, and out across the eastern coastline.  While Imperial Navy assets would obliterate much of the flotilla long before it washed ashore, in several quaint seaside villages,  mobs of savage aliens would crash into the craggy coastline,  swarming over poorly equipped mustermen to establish ramshackle ‘Orky Forts’  in the smouldering ruins.

The Armies of the Imperium were facing a truly disastrous Ork breakout all across the continent. It would take all the courage and firepower of the Astra Militarum, and precise glorious strikes by the many Astartes to stymie the Greenskins, yet again. 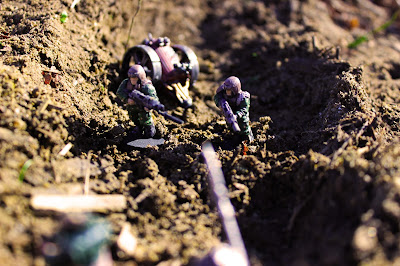 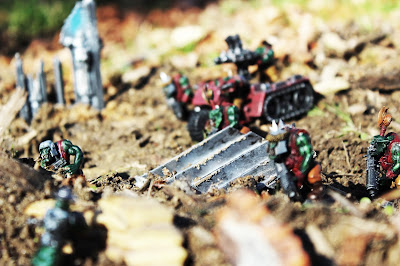 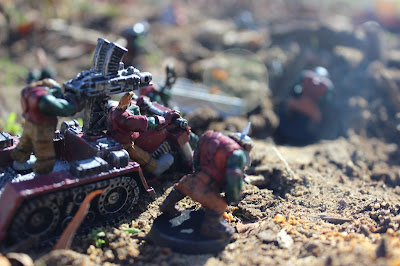