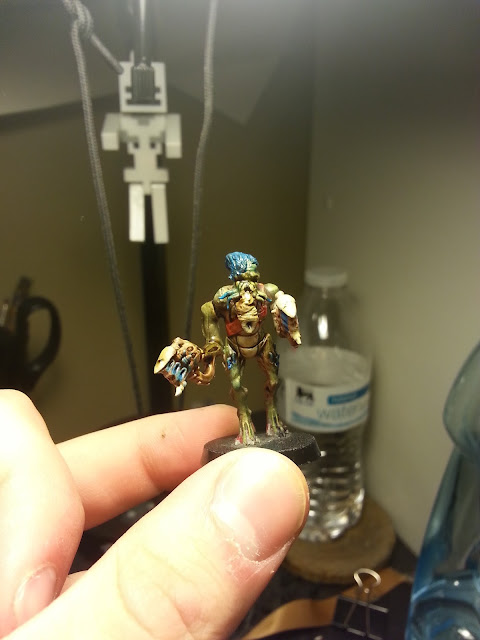 A 'quick-n-dirty' paintjob to get this Dweller painted up to match something similar to a concept. 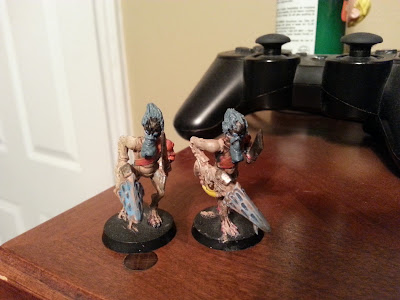 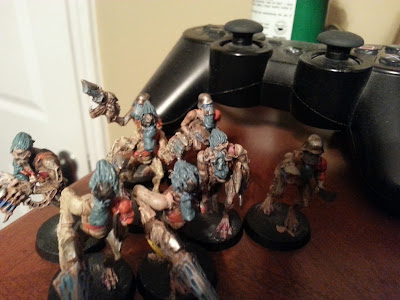 Conversion is fairly basic,  but the Dwellers are essentially supposed to be a gross humanoid alien that represent the survivors of a crippled alien race that tried to tangle with the Imperium a few thousand years back,  The Dwellers were created in the FFG Rouge Trader expansion 'Kronus Beastiary' which has a whole series of charts for random generation of alien flora, fauna, and civilizations. We came to the conclusion of semi-slug semi-bird like creature, with this disgusting style of out-of-body digestion being a commonality among the natives of their homeworld.

The tyranid arms are there to represent your basics of an alien crafted bio-weapon, pistol, shotgun and rifle, all of which will likely be fairly apparent given the design of the weapons. 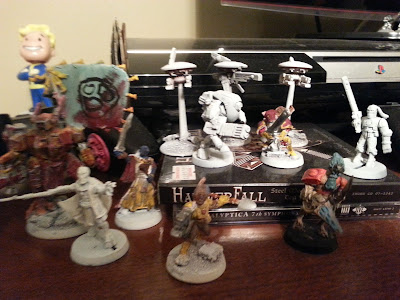 These are the Tau from the last AAR,  their newly added Dweller or My'calo in the language of the Tau.

As for the Rouge Traders from the previous AAR, they can be found here!

Posted by Impcommander at 8:05 PM 3 comments:

The Tau had dispatched their covert operations team many months before, an amalgamation of murderers, aristocrats, scientists, engineers and more, all for the express intent of disabling Imperial watch posts, navy positions and sewing havoc behind the lines. Their official name is Sept Yubusekai, another extrapolation of linguistics to fool human intelligence into thinking their problem is either false or vastly more severe than it truly is...

The team, equipped with a prototype vessel, finds itself on the planet of Septmis, a world which once was the shining capitol of an alien empire, now a blasted grassland taiga inhabited by the feralized remnants of the former xenos empire, split into a variety of clans denoted by the bright colorization of their hair paint.

The Tau's mission would be to set up a listening post, to encourage the natives,  called 'Spews' in Low Gothic,  My'calo in Tau,  and 'Dwellers' in their own tounge.  and lastly to take a sample of their remaining technology.

-What follows is a mission report from the operations team commander, one Aun'la Zarkith.

Day 2: one missile fired from crisis suit at unidentified Arvus-Lander with out CO consent, Weapons systems for post set up, Arvus landed near by, estimated at 5 Km near town of Bluepeak.

Day 2 1/2: after talks with the humans and the My'calo, a battle is going to shortly ensue....

Day 3: early morning the humans attack. "raw meat" fires a missile knocking one of two Arvus landers out of the sky, which crashed into the city killing dozens of My'calo and burning several buildings.  The battle escalated and the listening post was assaulted, but defended, the My'calo village of Bluepeak sustained several thousand wounded, and nearly two hundred dead. Both human landers were destroyed, many of their assault team lay dead,  and the remainders were handed to the My'calo as captives. 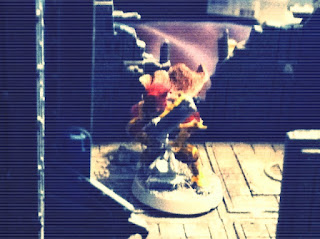 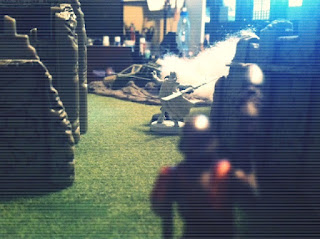 Overall Status: The My'calo now believe Humans to be enemies. and a Listening post is now established. As a sign of fealty, the Blue elders have given us one of their bravest soldiers,  his name is My'calo Thaspgh.  We recommend the Blue Dwellers of Septmis as candidates for galactic education, and inclusion into the greater good.

Overall mission was a Minor Success

Posted by Impcommander at 5:34 PM 5 comments: