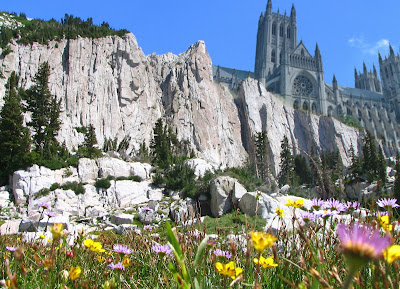 
Fort Behras is the keystone defensive structure in the north of the continent of Manfredi-At-Prima, in Kula Provence. This structure has existed for generations and stretches all the way into the pre-Imperial history of the planet. During its extensive history, it has played various roles politically and culturally in the identity of the region.


By the time of the withdraw back to the staging areas around the fortress after Operation Remits Maw’s failure, the complex had organized its garrison and brought half of its defensive weapon systems online. The process of restoring the facility to function was being waylaid by xenos incursions on the Usamiljen Heights mechanicus outpost, limiting the number of techpriests that could be flown safely to Behras, past greenskin flakk positions or through contested skies. Therefore, when Orks under Warboss Krump pushed along the highways southward eventually smashing against the walls of the fortress they were met with less than the full strength of the positions capabilities. Enough to stall the beasts, but not anywhere near enough to obliterate them, leading in turn to the protracted siege of the fortress.